By a considerable margin, it was the hottest, driest and sunniest summer in my 10-year record. There’s a substantial short-term rainfall deficit but over the past 365 days the rainfall has been 91% of the 365-day average, so not a significant deficit over that length of time.

from Village Voice, Tideswell https://ift.tt/2M5D26G
via IFTTT Litton Village Shop cannot be held responsible for the content of this post.
Posted by Unknown at 10:30 No comments:

Yet another remarkable month. It was the hottest and driest August in my 10-year record. Sunshine was only average, though.

from Village Voice, Tideswell https://ift.tt/2Q8bHE4
via IFTTT Litton Village Shop cannot be held responsible for the content of this post.
Posted by Unknown at 10:30 No comments:

If so, you’re warmly invited to a Golden Memories Afternoon with Tea.

Music and Memories of the1950s and 1960s or even before! Share your memories!

It would be wonderful if you could bring memorabilia of those times and there will be opportunity to talk about, write down or, with your permission, to have items copied for community archives. Volunteers on hand to help.

To book places, please phone Ruth Taylor on 01298 22529; leave ruth your contact details, and we will be in touch about transport.

The event is being totally funded by The Bishop Pursglove and Francis Gisbourne Trusts.

from Village Voice, Tideswell https://ift.tt/2N3Z1PR
via IFTTT Litton Village Shop cannot be held responsible for the content of this post.
Posted by Unknown at 17:44 No comments:

Local news... THE STORY OF THE RED POPPY

The traditional red poppies and other products sold during November are made and sold as a symbol of remembrance, and love and care for all those whose lives were either lost or changed in service to their country.

There are many people in Tideswell and District who already know this history, but donations for the Poppy Appeal are always so generous I hope you find the following helpful.

During the First World War (1914–1918) much of the fighting took place in Western Europe. Previously beautiful countryside was blasted, bombed and fought over, again and again. The landscape swiftly turned to fields of mud: bleak and barren scenes where little or nothing could grow.  Bright red Flanders poppies, however, were delicate but resilient flowers and grew in their thousands, flourishing even in the middle of chaos and destruction.  In early May 1915, shortly after losing a friend in Ypres, a Canadian doctor, Lt Col John McCrae, was inspired by the sight of poppies to write a now famous poem called ‘In Flanders Fields‘, set out below.

McCrae’s poem inspired an American academic, Moina Michael, to make and sell red silk poppies which were brought to England by a French woman, Anna Guérin. The (Royal) British Legion, formed in 1921, ordered 9 million of these poppies and sold them on 11 November that year. The poppies sold out almost immediately and that first ever ‘Poppy Appeal’ raised over £106,000; a considerable amount of money at the time. This was used to help WW1 veterans with employment and housing.

The following year, Major George Howson set up the Poppy Factory to employ disabled ex-Servicemen. Today, the factory and the Legion’s warehouse in Aylesford produces millions of poppies each year.

The demand for poppies in England was so high that few were reaching Scotland. Earl Haig’s wife established the ‘Lady Haig Poppy Factory’ in Edinburgh in 1926 to produce poppies exclusively for Scotland. Over 5 million Scottish poppies (which have four petals and no leaf unlike poppies in the rest of the UK) are still made by hand by disabled ex-Servicemen at Lady Haig’s Poppy Factory each year and distributed by our sister charity Poppyscotland.

I have the RBL accounts for the year 2015/2016 showing how the RBL raises and spends its money, if anyone would like to see them, please get in touch.

In Flanders’ fields the poppies blow
Between the crosses, row on row,
That mark our place: and in the sky
The larks, still bravely singing, fly
Scarce heard amid the guns below.

We are the dead. Short days ago
We lived, felt dawn, saw sunset glow,
Loved and were loved, and now we lie
In Flanders’ fields.

Take up our quarrel with the foe;
To you from failing hands we throw
The torch; be yours to hold it high,
If ye break faith with us who die
We shall not sleep, though poppies grow
In Flanders’ Fields.

from Village Voice, Tideswell https://ift.tt/2C6i8Vm
via IFTTT Litton Village Shop cannot be held responsible for the content of this post.
Posted by Unknown at 17:44 No comments:

Yet another remarkable month. It was the hottest, driest and sunniest July in my 10-years of recordings in Tideswell.

from Village Voice, Tideswell https://ift.tt/2AGpZrQ
via IFTTT Litton Village Shop cannot be held responsible for the content of this post.
Posted by Unknown at 12:40 No comments:

Litton School will once again be enjoying Wakes Week.  From Monday 25th to Wednesday 27th June throughout the school day there will be traditional Maypole dancing as well as refreshments in the school.

The children also help in the designing and making of the children’s well in the village, which can be seen next to the school.

Come and see the children in Victorian costume, visit the wells and enjoy a cup of tea, sandwich and homemade cake.

The children will be performing the Maypole dancing each day at 11am, 1.30pm and 2.30pm

from Village Voice, Tideswell https://ift.tt/2kO44nO
via IFTTT Litton Village Shop cannot be held responsible for the content of this post.
Posted by Unknown at 08:37 No comments:

Pete, hopefully you still have the article I sent on the history of the red poppy, to be put in VV at your discretion. Today’s post has contained my PAO 2018 Appeal Pack, which is the cause of this note.
Could that article on the poppy be put in the September edition please (the one that goes out in October) – then people will read it in October and hopefully make their usual generous donations. I will also have a piece for the October VV, showing how money has been spent on helping 2 ex-military personnel have life-saving medical help.
Enjoy Wakes!!!
Regards, Jean Jackson

from Village Voice, Tideswell https://ift.tt/2LdimcV
via IFTTT Litton Village Shop cannot be held responsible for the content of this post.
Posted by Unknown at 15:43 No comments: 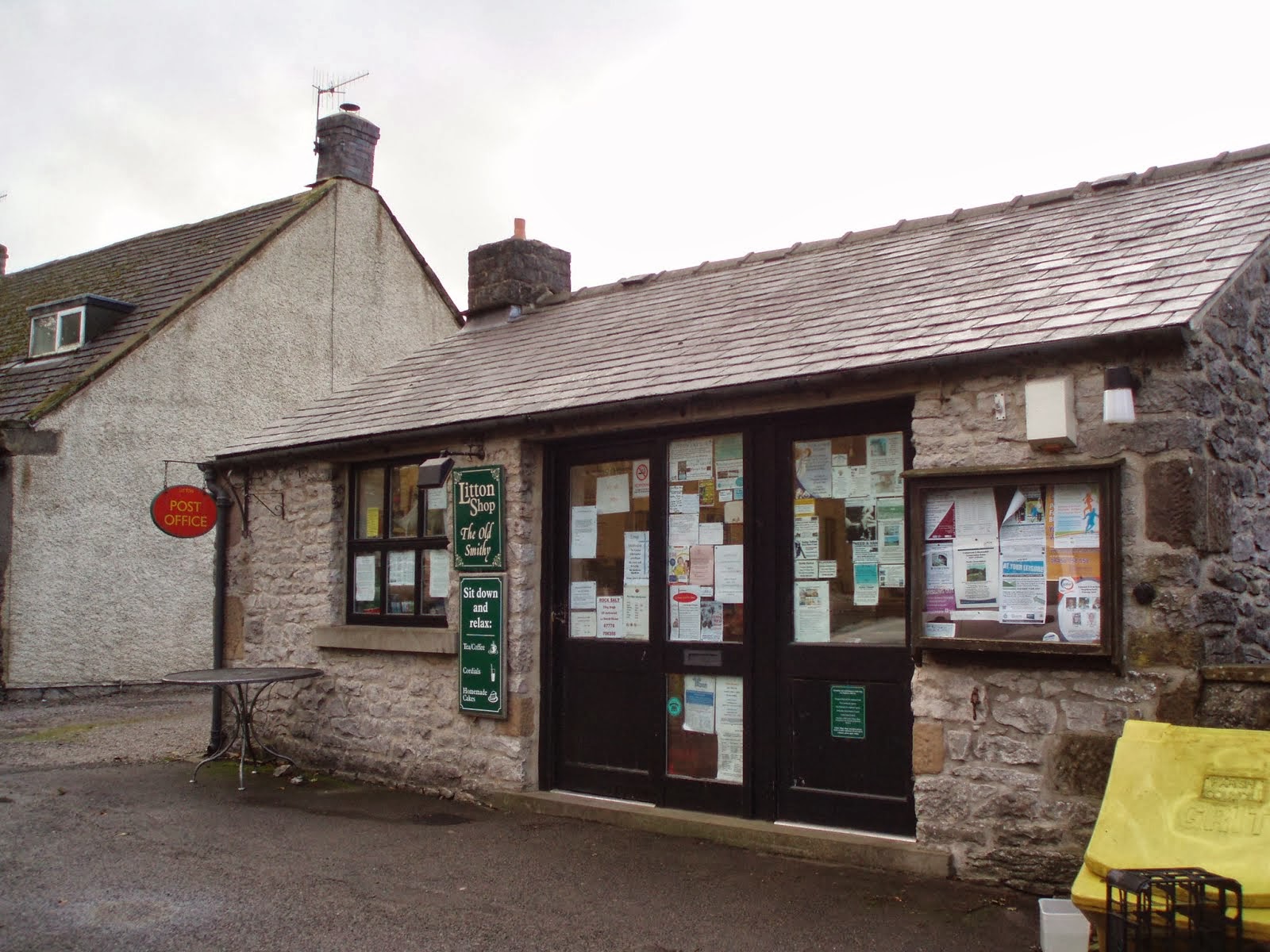 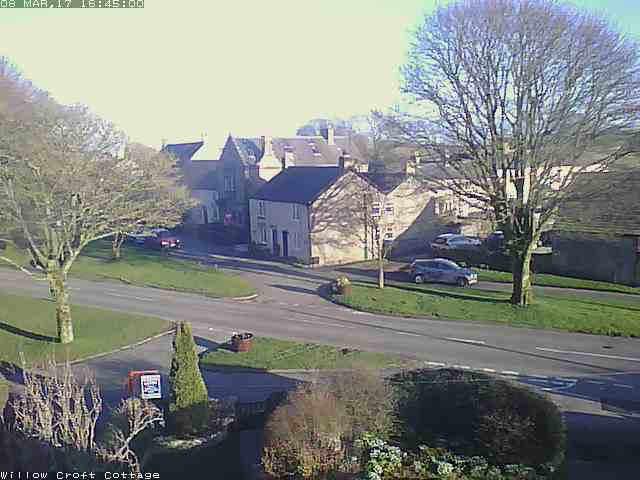 Provided with thanks by Willow Croft Holiday Cottage